Howe & Charnwood Lodge No.1007 host a musical evening to raise funds for an accessible toilet at Loughborough Masonic Hall.

“If Music be the Food of Love” was the title of a concert given in the Carillon Rooms at Loughborough Masonic Hall on the 16th February.  “Concorde”,  a small group of singers based in the East Midlands, presented an evening of songs inspired by love in a wide variety of styles to celebrate Valentine’s Day.

A packed audience was enthralled by a programme of songs from Musicals, Shows and many popular and jazz classics, many being especially arranged for the group by one of its singers, David Toft. Solo items from within the group made up the rest of what was a most enjoyable concert.

As a result of the evening £1,000 was raised towards the cost of installing a toilet with ease of access at Loughborough Masonic Hall, a facility which will make it even more attractive in its increasing popularity as a venue for public and private events. A Christmas concert by the same group is planned for December 14th which again will raise money for Masonic Charities. 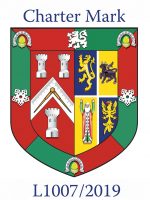